Article supplied by REINZ: The Real Estate Institute of NZ (REINZ) released its November monthly property report on 13th December.  Bindi Norwell, CEO of REINZ commented “The Auckland market has seen prices increase for three months in a row, suggesting that we’re now entering a new normal for the country’s biggest real estate market where the increasing levels of confidence in the property market coupled with low interest rates and a lack of choice of new listings means that people are prepared to pay more for properties than they were a few months ago. The median price for Auckland represents a $22,000 increase since last month and is the highest price increase in 32 months,”

Overall, there has been an increase in the number of buyers interested in the area, with more attendees at open homes, which we expect to continue into the New Year. The Auckland market should remain strong in the first two quarters of next year, however, with 2020 being an election year, the market may typically be conservative towards the second half of the year.” 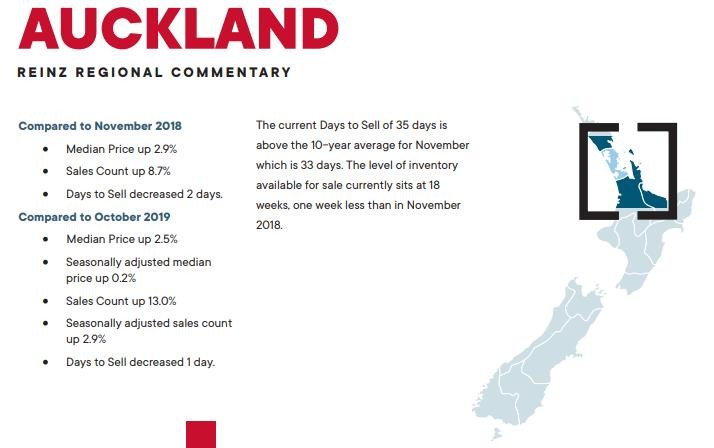